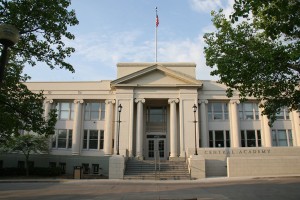 After several years of sharing various locations, including Central Campus and the Pappajohn Education Center, in 2008 Central Academy got a home of its own in the historic Wallace-Homestead Building, located at 1912 Grand Avenue on the western edge of downtown Des Moines.

The building was best known as the home of Wallace’s Farmer, an agricultural magazine published by Secretary of Agriculture Henry Wallace. 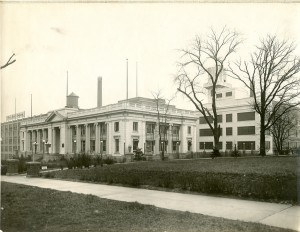 When acquired by Des Moines Public Schools, the building underwent a $7 million renovation to create modern academic spaces for our growing course offerings.

The Wallace-Homestead is connected via skywalk to Central Campus (also housed in a historic building in which Ford Motors built Model Ts); this direct connection makes it convenient for students who participate in more than one program offered at Central Campus.